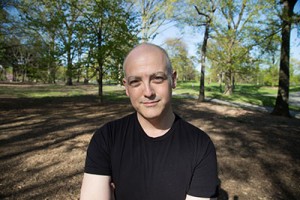 Matt Zoller Seitz is the TV critic for New York Magazine, the editor-in-chief of RogerEbert.com, a finalist for the Pulitzer Prize in criticism, and the author of the New York Times bestsellers The Wes Anderson Collection (Abrams, 2013) and The Wes Anderson Collection: The Grand Budapest Hotel (Abrams, 2015), as well as the forthcoming The Oliver Stone Experience (Abrams, 2016). He is the founder and original editor of The House Next Door, now a part of Slant Magazine, and the publisher of Press Play, a blog of film and TV criticism and video essays.

A Brooklyn-based writer and filmmaker, Seitz has written, narrated, edited, or produced more than a hundred hours’ worth of video essays about cinema history and style for The Museum of the Moving Image and The L Magazine, among other outlets. His five-part 2009 video essay, “Wes Anderson: The Substance of Style,” was later spun off into The Wes Anderson Collection, and his 2008 video essay series “Oliver Stone: The Official History” is the partial basis for The Oliver Stone Experience.