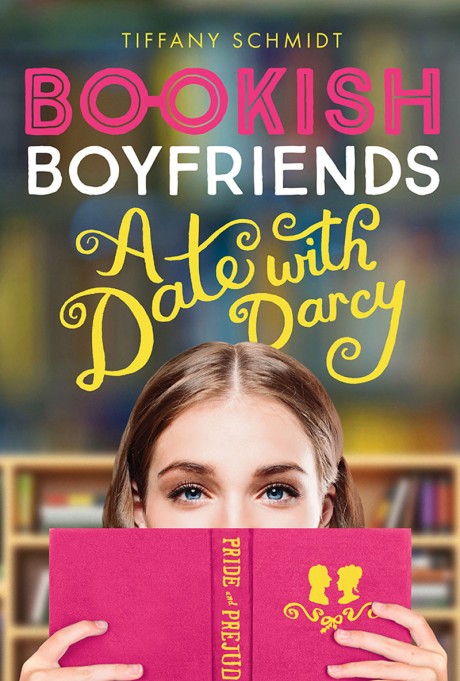 A Date with Darcy

Boys are so much better in books. At least according to Merrilee Campbell, fifteen, who thinks real-life chivalry is dead and there’d be nothing more romantic than having a guy woo her like the heroes in classic stories. Then she, her best friend, Eliza, and her younger sister, Rory, transfer to Reginald R. Hero Prep—where all the boys look like they've stepped off the pages of a romance novel. Merri can hardly walk across the quad without running into someone who reminds her of Romeo.

When the brooding and complicated Monroe Stratford scales Merri’s trellis in an effort to make her his, she thinks she might be Juliet incarnate. But as she works her way through her literature curriculum under the guidance of an enigmatic teacher, Merri’s tale begins to unfold in ways she couldn’t have imagined. Merri soon realizes that only she is in charge of her story. And it is a truth universally acknowledged that first impressions can be deceiving . . .

"Schmidt unapologetically places romance, and more romance, at the heart of this YA novel for younger teens . . . Ultimately Schmidt pits Romeo against a Mr. Darcy type in this romantic comedy (complete with Bridget Jones-like mishaps), whose heroine must open herself to the idea that the boy she least expects may turn out to be her real romantic hero"
Publishers Weekly —

Tiffany Schmidt is a former teacher who lives and writes in Doylestown, Pennsylvania. She is the author of several young adult thrillers and dramas for Bloomsbury.