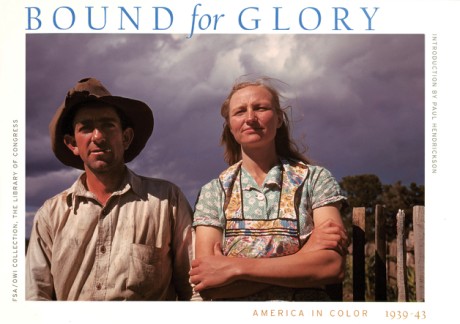 The photographs of the Farm Security Administration (FSA), which recorded American life in the late 1930s and early 1940s, remain among the most moving and famous documentary images from the first half of the 20th century. Yet few people know that, along with thousands and thousands of black-and-white photographs, the FSA photographers also took color pictures. Here, for the first time, is a selection of the best of the FSA color photographs—introduced by National Book Award finalist Paul Hendrickson and assembled to create a vivid portrait of America as it emerged from the Great Depression to fight World War II. Covering countryside and city, farm and factory, work and play, the images in this book open a window onto our national experience from 1939 to 1943, revealing a world that we have always seen in our mind's eye exclusively in black and white. Never before has there been a book that paints this picture in full color.

Paul Hendrickson, a longtime feature writer for the Washington Post, now teaches nonfiction writing at the University of Pennsylvania. He is the author of Looking for the Light: The Hidden Life and Art of Marion Post Wolcott, The Living and the Dead: Robert McNamara and Five Lives of a Lost War, Sons of Mississippi: A Story of Race and Its Legacy, and most recently Hemingway’s Boat.