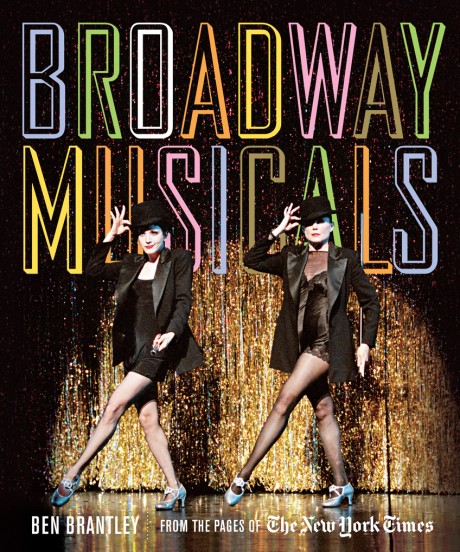 From the Pages of The New York Times

Over the last century the New York Times’s six leading critics—Brooks Atkinson, Howard Taubman, Clive Barnes, Walter Kerr, Frank Rich, and Ben Brantley—have offered the most authoritative and influential commentary on the Broadway musical. This definitive volume includes the original reviews of the 119 most important , selected by current chief theater critic Ben Brantley and accompanied by photographs from each show’s first production as well as celebrated revivals. From the golden age of the musical, with its divas, legendary directors, lyricists, and choreographers, right up to The Book of Mormon, Brantley gives context to this treasure trove of reviews with a thoughtful introduction and essays that guide the reader through each decade.

“A standing O for theater critic Ben Brantley’s staging of Broadway Musicals: From the Pages of the New York Times—the newspaper’s most influential reviewers, from Brooks Atkinson to Frank Rich.” —Elissa Schappell

Ben Brantley is the chief theater critic of the New York Times, for which he has been reviewing plays since 1993. He was the editor of The New York Times Book of Broadway and received the George Jean Nathan Award for Dramatic Criticism in 1996–97. He lives in New York City.