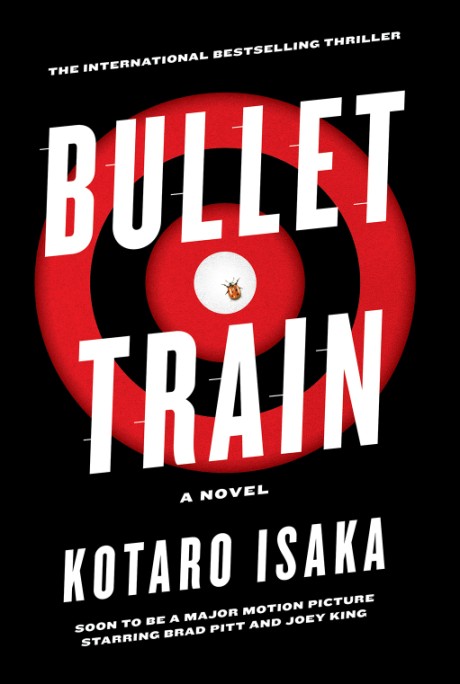 A dark, satirical thriller by the bestselling Japanese author, following the perilous train ride of five highly motivated assassins—soon to be a major film from Sony

Nanao, nicknamed Lady Bird—the self-proclaimed “unluckiest assassin in the world”—boards a bullet train from Tokyo to Morioka with one simple task: grab a suitcase and get off at the next stop. Unbeknownst to him, the deadly duo Tangerine and Lemon are also after the very same suitcase—and they are not the only dangerous passengers onboard. Satoshi, “the Prince,” with the looks of an innocent schoolboy and the mind of a viciously cunning psychopath, is also in the mix and has history with some of the others. Risk fuels him as does a good philosophical debate . . . like, is killing really wrong? Chasing the Prince is another assassin with a score to settle for the time the Prince casually pushed a young boy off of a roof, leaving him comatose.

When the five assassins discover they are all on the same train, they realize their missions are not as unrelated as they first appear.
A massive bestseller in Japan, Bullet Train is an original and propulsive thriller that fizzes with an incredible energy and surprising humor as its complex net of double-crosses and twists unwind. Award-winning author Kotaro Isaka takes readers on a tension packed journey as the bullet train hurtles toward its final destination. Who will make it off the train alive—and what awaits them at the last stop?

Kotaro Isaka is a bestselling and award-wining writer who is published around the world. He has won the Shincho Mystery Club Award, Mystery Writers of Japan Award, Japan Booksellers’ Award, and the Yamamoto Shugoro Prize. Bullet Train is his US debut.