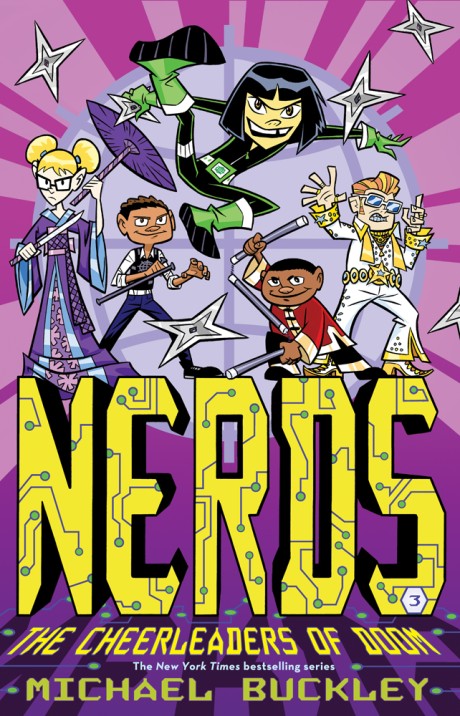 A former NERDS team member named Gerdie (code name Mathlete) has invented a powerful device that she's using to loot alternate realities. Her goal? Plastic surgery and a spot on a competitive cheerleading squad. Gerdie's device is causing rips in the fabric of the universe. With her new face, no one can find her. It's up to Matilda "Wheezer" Choi to infiltrate the cheerleading squad and root out the villain. But can she give up punches and pro wrestling for claps and cartwheels?

Michael Buckley is the author of The Sisters Grimm, a New York Times bestselling series and a Today Show Al Roker Book Club pick. He has also written and developed shows for Cartoon Network, Nickelodeon, and Discovery Channel. He lives in Brooklyn. Visit TeamNerds.com.