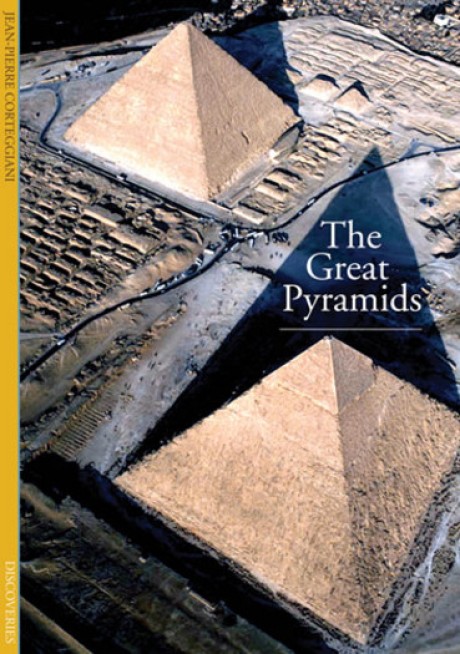 The newest installment of Abrams' Discoveries series brings the reader to the last of the Seven Wonders of the World, the Pyramids of Giza, which remain among the world's most mysterious architectural and archaeological achievements. The Great Pyramid and the two smaller pyramids that make up the Giza Necropolis, commissioned by the pharaoh Khufu, or Cheops, around 2560 BC, have fascinated scientists and historians from Antiquity to the present. Beginning with Herodotus's fifth-century B.C. observations of these massive monuments, author Jean-Pierre Corteggiani leads the reader through historical theories, sketches, and excavations of the Pyramids, including the 2004 investigation by amateur Egyptologists Gilles Dormion and Jean-Yves Verd'hurt into a previously undiscovered room of the Great Pyramid. In addition to the central conundrum—the question of how the pyramids were built—Corteggiani examines the attraction of the site throughout the ages; many explorers, conquerors, soldiers, and pilgrims made their way to the Pyramids, often leaving their marks in graffiti on the stones. Perhaps the most famous emblems of Ancient Egypt, to this day the Pyramids of Giza continue to confound and seduce visitors and scientists alike.

Egyptologist Jean-Pierre Corteggiani is the director of scientific and technical research at the French Institute of Oriental Archaeology in Cairo.