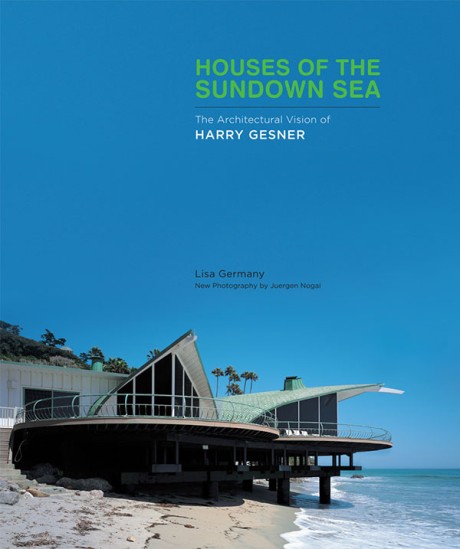 Houses of the Sundown Sea

The Architectural Vision of Harry Gesner

For more than 60 years, passersby have strained to catch a glimpse of maverick architect Harry Gesner’s houses in Southern California. This is the first book to examine Gesner’s architecture, tracing his career from 1945 to the present and opening the doors to 15 of Gesner’s intriguing homes, all located in or near Los Angeles and built in the 1950s and 1960s. An insightful and revealing text accompanies new photography by Juergen Nogai along with historical photographs and Gesner’s own drawings, floor plans, and blueprints drawn from his remarkably rich archive. Gesner’s utterly unique, often eccentric and unorthodox designs are outside the canons of doctrinaire modernism, yet he is undoubtedly a Modernist, and one whose romantic, quixotic nature has caused his truly extraordinary body of work to be overlooked by many—until now.

Praise for Houses of the Sundown Sea:

“Harry Gesner’s life story is so exciting that a new monograph on his work reads like a John Buchan tale, or the next Laura Hillenbrand project, instead of the usual jargon-infested coffee-table book about a venerable architect.” —New York Times

"As soon as design junkies get a glimpse of Gesner's soaring creations, they're sure to be wild about Harry." —Los Angeles Times Magazine

“The stories about [Gesner] life’s adventures are almost as glorious as the nature-inspired homes he builds, and both are detailed in an about-to-be released coffee table book” —The Huffington Post

"A compelling mix of prose and photos" —Los Angeles magazine

Lisa Germany is the author of Great Houses of Texas and is a widely published expert on architecture. Juergen Nogai is a noted architectural photographer and the former business partner of famed photographer Julius Shulman.