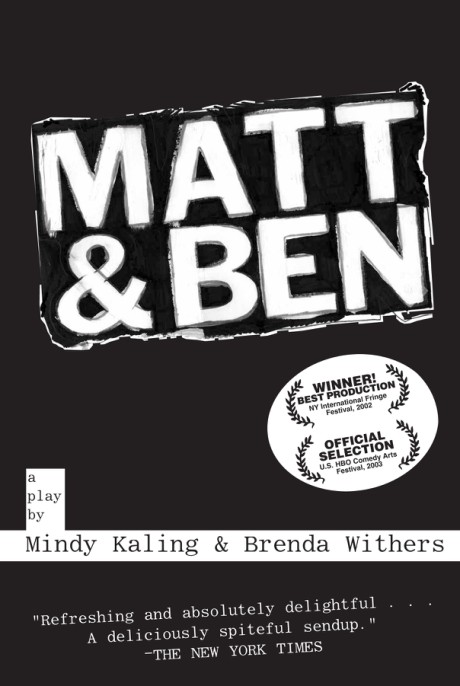 By Mindy Kaling, and Brenda Withers

It's the story Hollywood has glamorized, publicized, and bombarded us with--how it all began for the two young men, now famous for the tabloid coverage of ther on-again-off-again romances, their big budget smashes and flops, and their "Project Greenlight." It started with a script for the film that became Good Will Hunting, slaved over by the bright young dreamers (portrayed in this play's permier by the female playwrights) in their run-down apartment in Somerville, Massachusetts, in 1996. Or was it This hilarious, scathing play takes us back to the pivotal moment when the finished script that would change their lives...fell from the ceiling while they were working on something else. The laughs come at a manic pace, in this delightfully venomous play that has taken off-Broadway by storm.