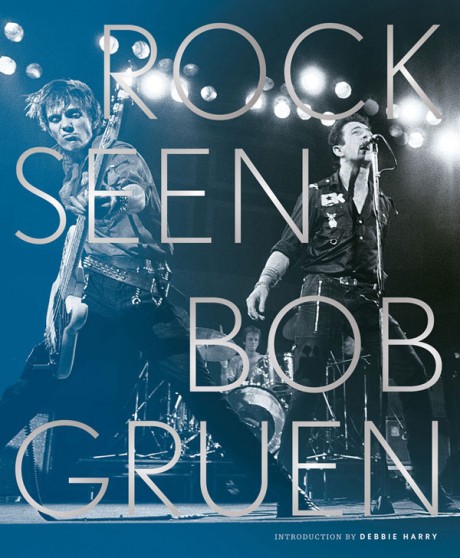 For 40 years, Bob Gruen’s name has been synonymous with rock and roll. From taking early photos on tour with Ike and Tina Turner, to capturing the early CBGB/Max’s Kansas City scene to covering current stadium rockers such as Green Day, Gruen has always been at the right place at the right time—and he’s always gotten the shot. In this lavish monograph, Gruen has curated his favorite photographs from his career, with intimate captions and behind-the-scenes anecdotes. Featuring such illustrious acts as the Clash, Led Zeppelin, the Rolling Stones, Sex Pistols, Ramones, and more, and including an introduction by the legendary Debbie Harry of Blondie, this collection is a must-have for all fans of rock and roll.

“Rock Seen offers a disarmingly natural look at icons like Blondie and Cher before the era of the posed rock-star portrait kicked in.”
—Entertainment Weekly

“Rock Seen . . . hits the high points on and off the stage in rock’s past four decades.”
—USA Today

“Go backstage with 40 years’ worth of rock-and-roll images from the legendary lens of Bob Gruen, who was once John Lennon’s personal photographer. From over-the-top action shots of Elton John’s acrobatics to private pics of Lennon and Yoko in bed with baby Sean to boozy plane rides with the Sex Pistols, the glossy pages act as your VIP pass to the rock-star lifestyle you’ve dreamed of.”
—Marie Claire


“The official monograph of rock and roll’s most famous photographer, Rock Seen is a must-have for all rock fans.”
—RollingStone.com

“Gruen had a front-row seat to the rise of many rock legends [from] Elton John to Green Day.”
—New York Post


“If you want to give the gift of great music photos, you honestly cannot do better than these thrilling images from Bob Gruen’s forty-year-long career as one of rock’s iconic photographers”
—Creative Loafing

“It all came flooding back when I opened Bob Gruen’s beautiful new book, Rock Seen, a sparkling collage of live concert shots and portraits from the last forty years.”
—Irish Echo

Bob Gruen is one of the most well-known rock-and-roll photographers of all time. For 40 years his images have appeared worldwide in every form—from T-shirts to postage stamps. He is the author of John Lennon: The New York Years and New York Dolls. He lives in New York.