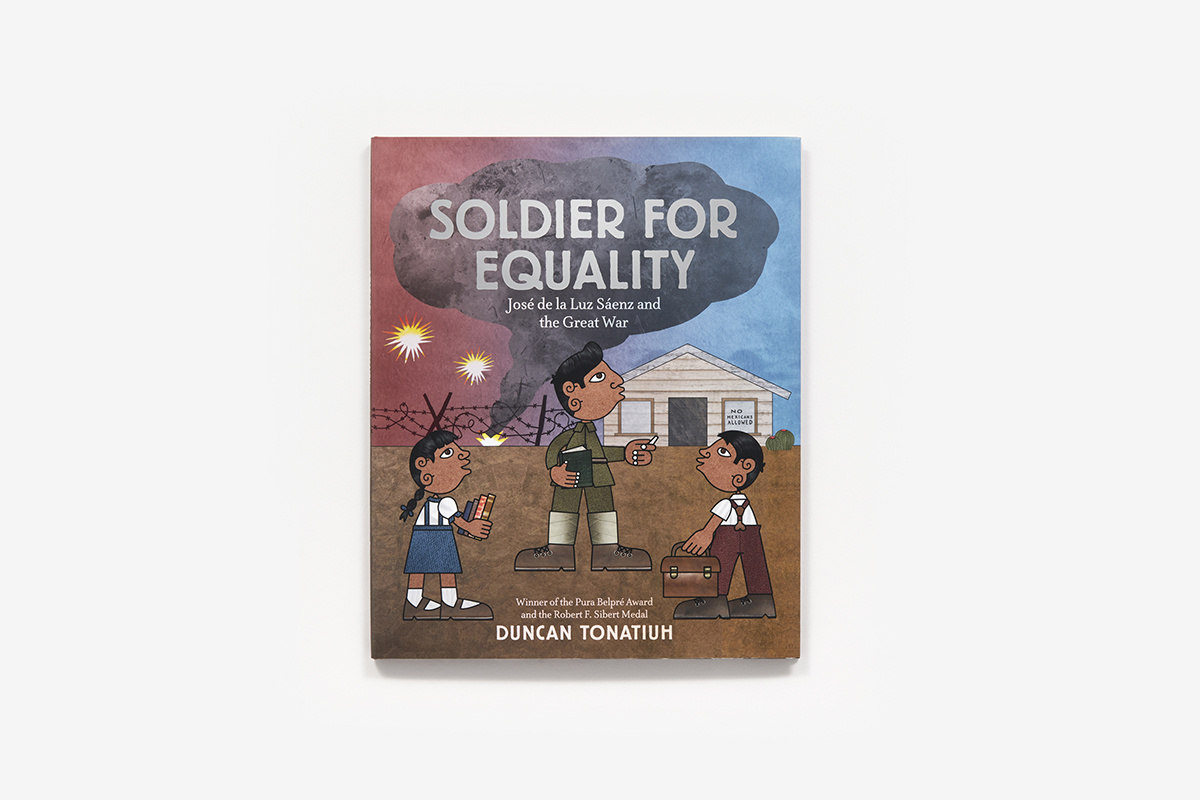 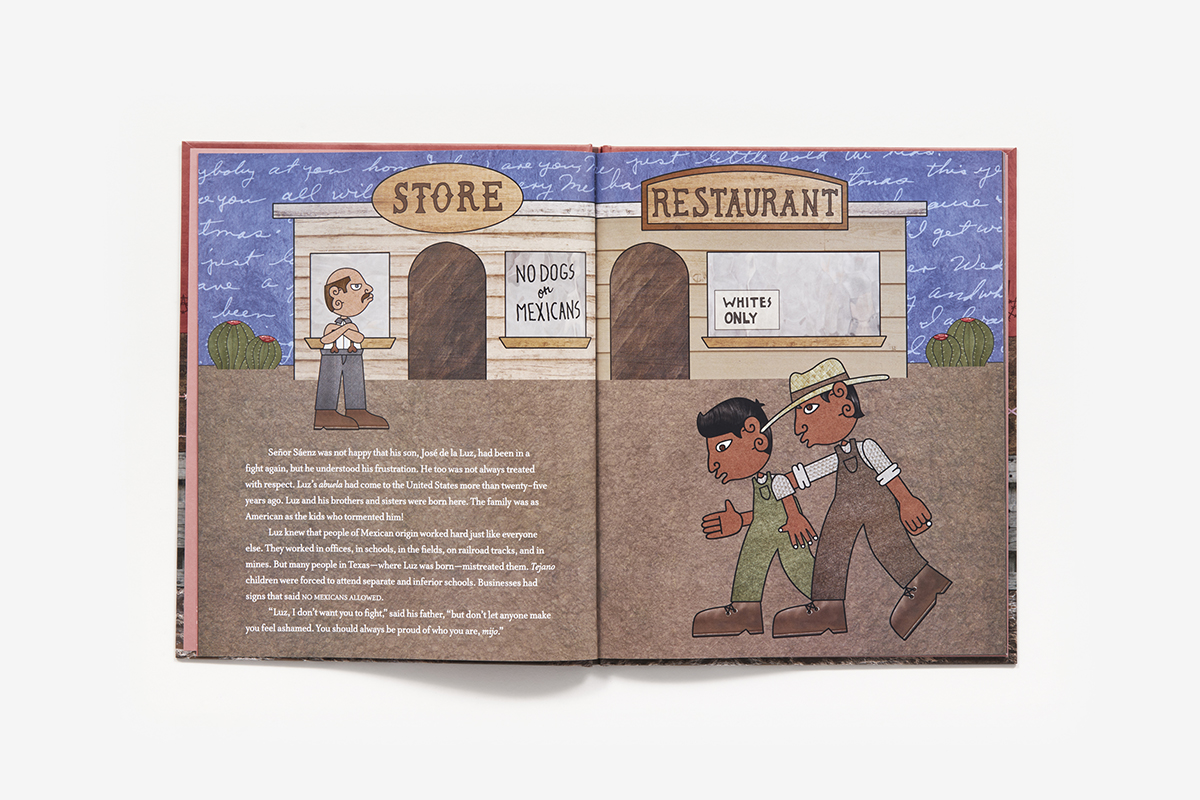 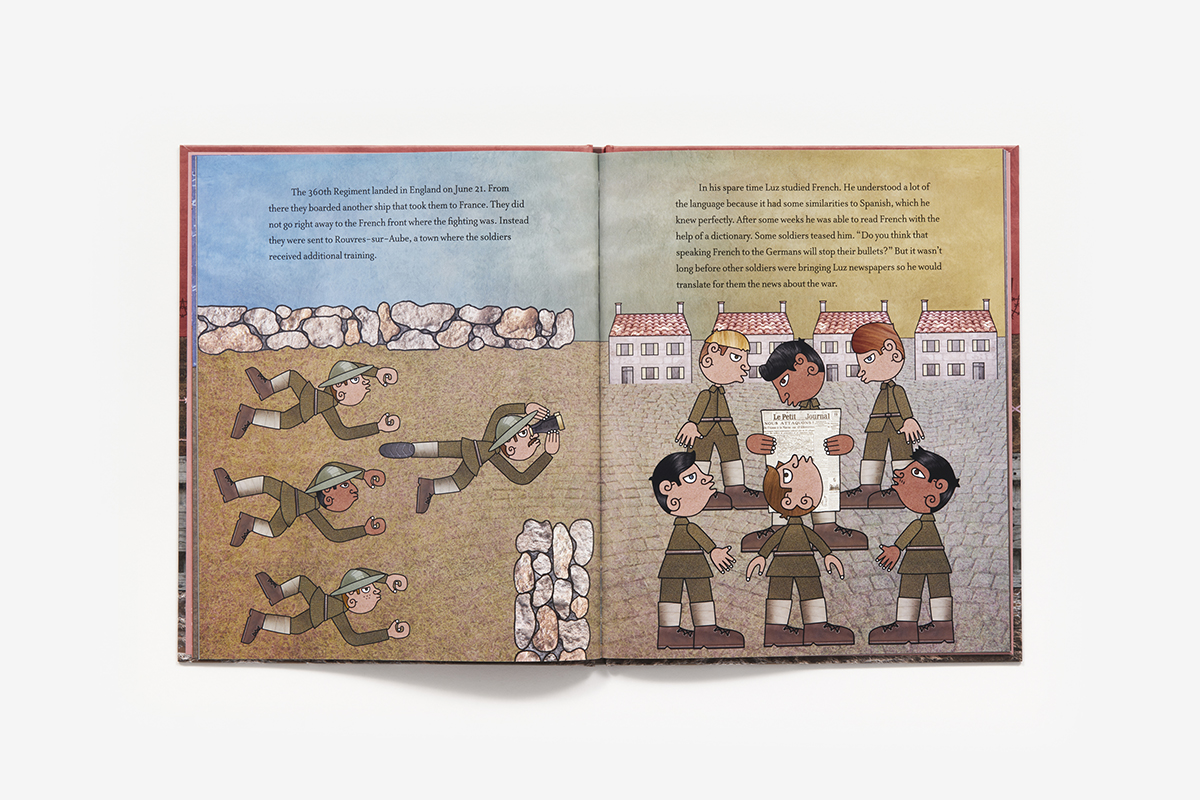 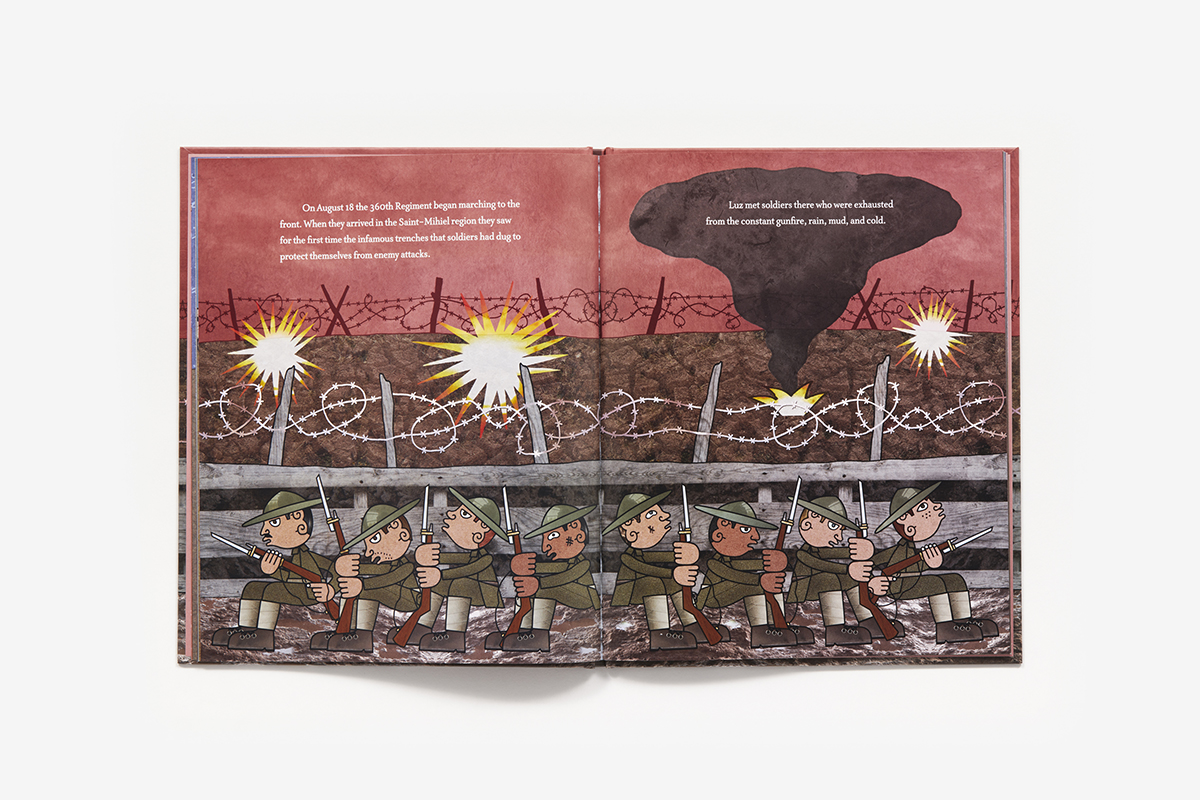 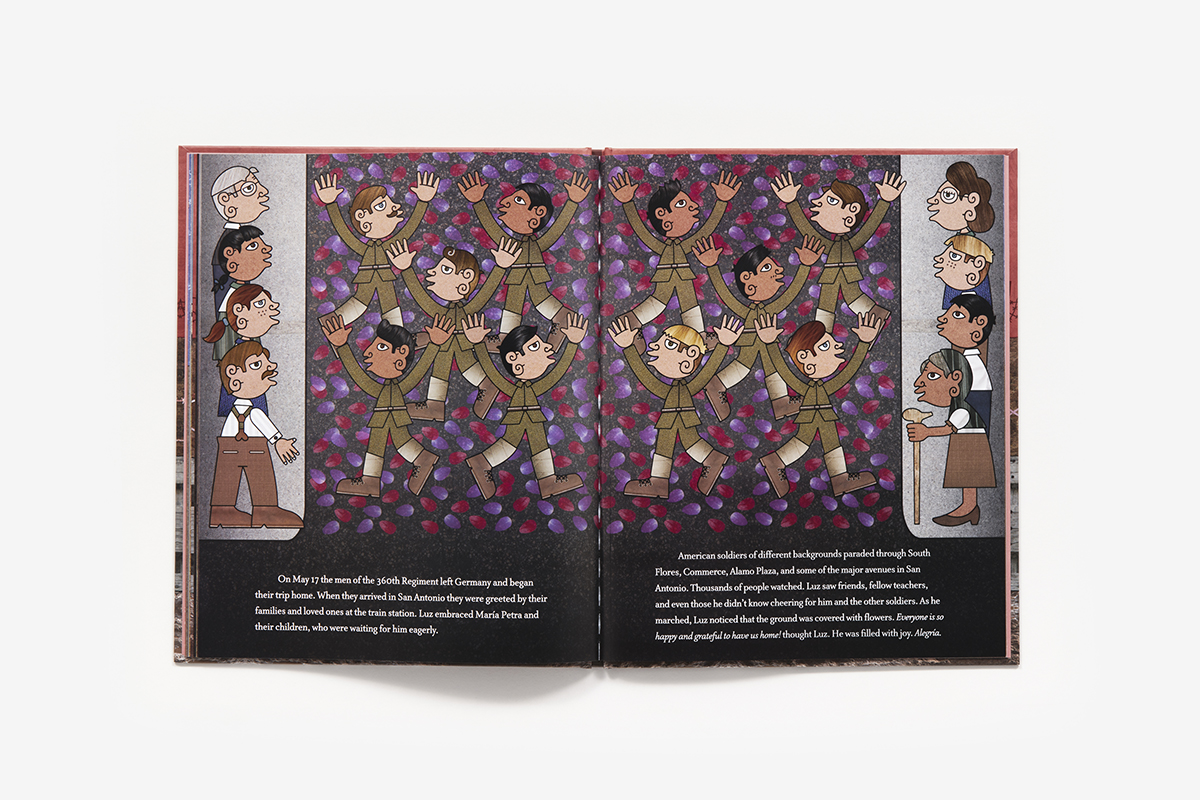 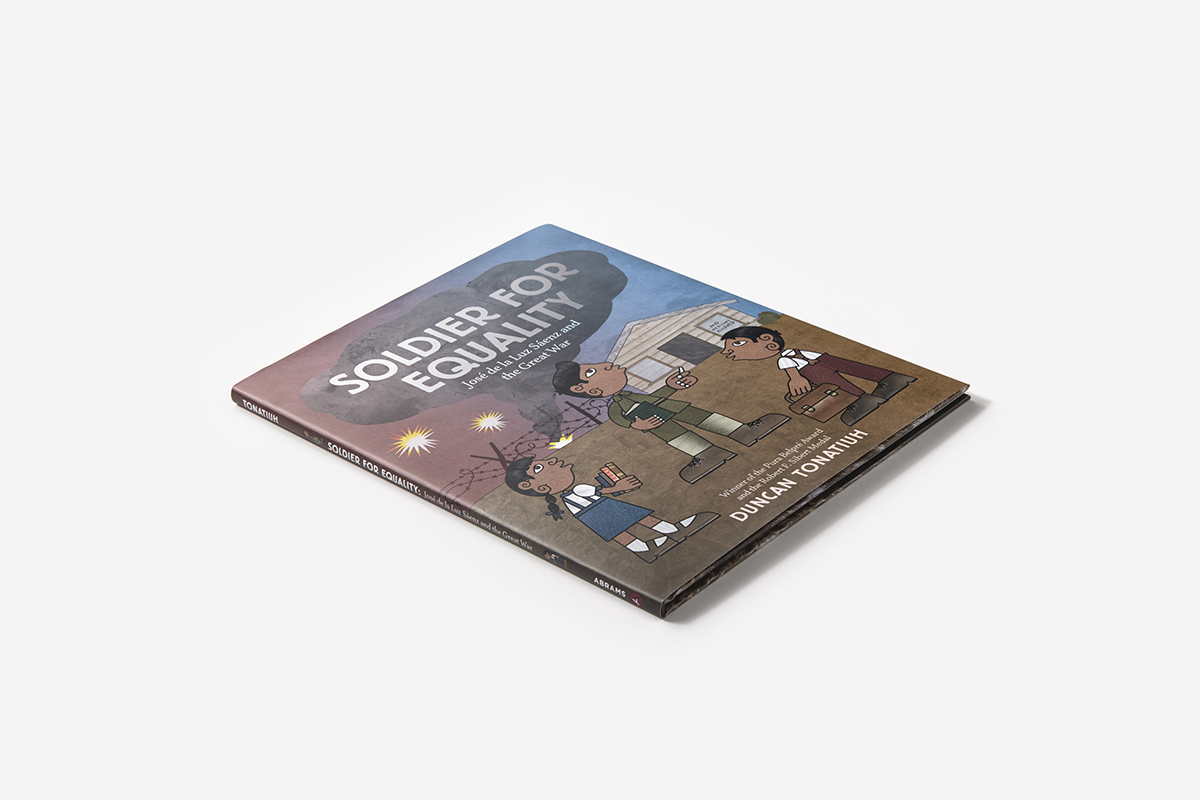 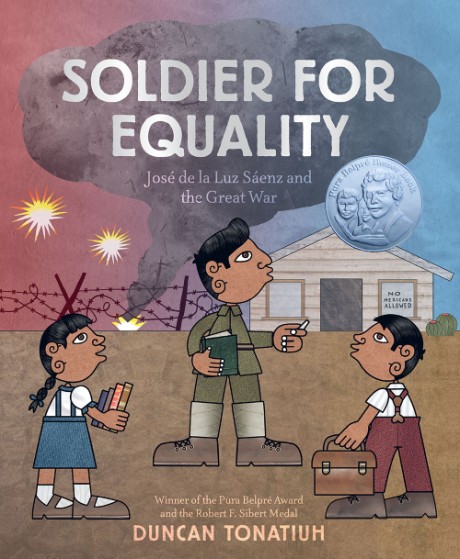 José de la Luz Sáenz (Luz) believed in fighting for what was right. Though born in the United States, Luz often faced prejudice because of his Mexican heritage. Determined to help his community, even in the face of discrimination, he taught school—children during the day and adults in the evenings.

When World War I broke out, Luz joined the army, as did many others. His ability to quickly learn languages made him an invaluable member of the Intelligence Office in Europe. However, Luz found that prejudice followed him even to war, and despite his efforts, he often didn’t receive credit for his contributions. Upon returning home to Texas, he joined with other Mexican American veterans to create the League of United Latin American Citizens (LULAC), which today is the largest and oldest Latinx civil rights organization.

Using his signature illustration style and Luz’s diary entries from the war, award-winning author and illustrator Duncan Tonatiuh tells the story of a Mexican American war hero and his fight for equality.

**STARRED REVIEW** "The author's insightful use of Sáenz's war-diary entries boldly introduces this extraordinary American's triumphs and struggles . . .An important contribution to this volatile chapter in U.S. and Mexican American history." —Kirkus Reviews

"Tonatiuh unfurls this story in a streamlined narrative, enlivened by touches of Spanish phrasing and quotes and paraphrases from Sáenz's own diaries, that sets up the situation quickly and effectively yet still flows naturally . . .Youth literature has been limited in its coverage of Latinx civil rights, and this will be a useful and readable introduction to one of its originators." —The Bulletin of the Center for Children's Books

"An inspiring introduction to an underrepresented figure who pursued his lifelong vision for equality and justice." —Publishers Weekly

Duncan Tonatiuh was born in Mexico City and grew up in San Miguel de Allende. His books have received many awards over the years. He currently lives in San Miguel with his wife and children but travels to the US often.