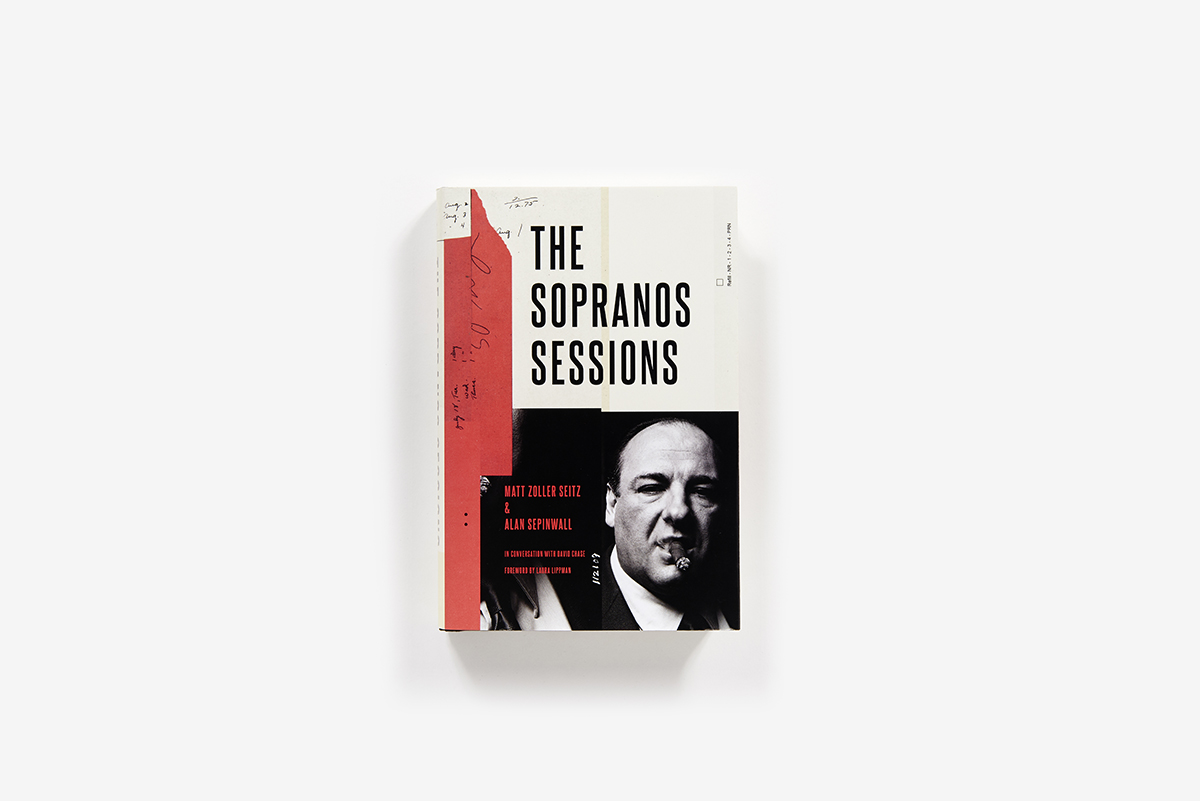 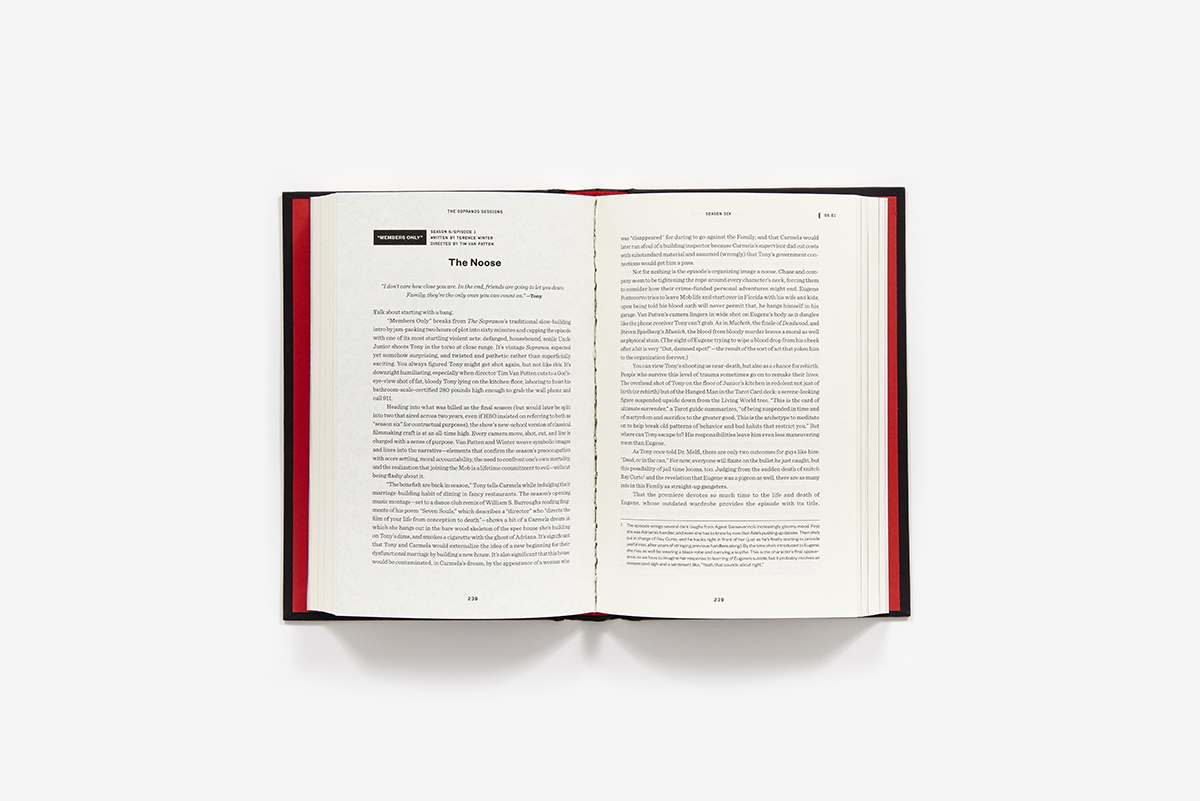 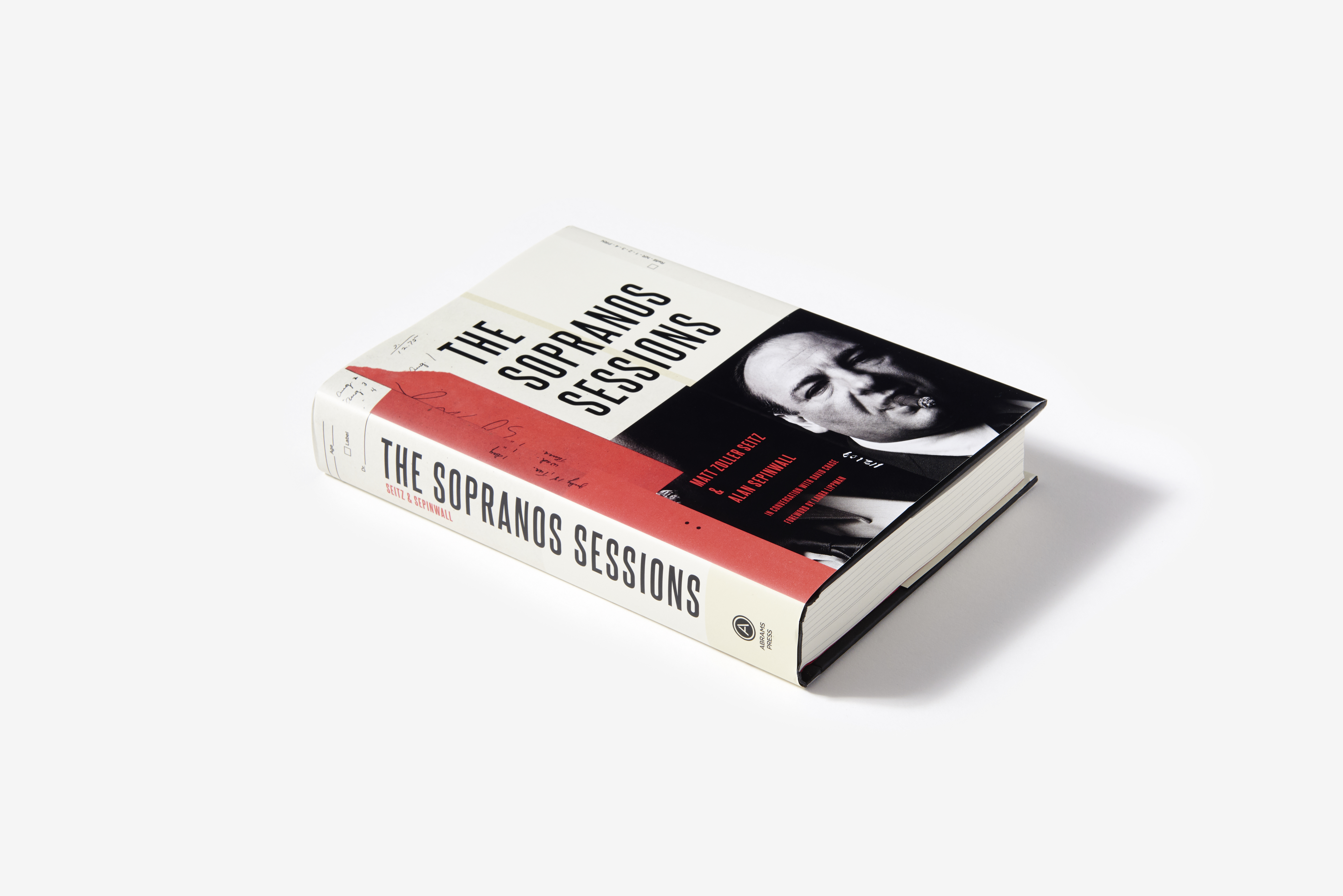 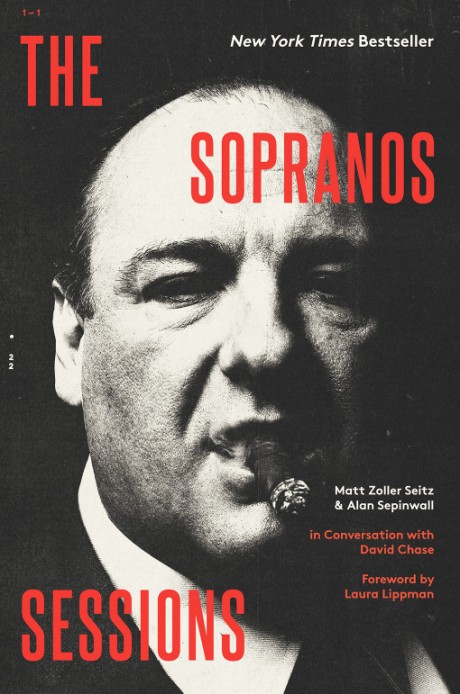 On January 10, 1999, a mobster walked into a psychiatrist’s office and changed TV history. By shattering preconceptions about the kinds of stories the medium should tell, The Sopranos launched our current age of prestige television, paving the way for such giants as Mad Men, The Wire, Breaking Bad, and Game of Thrones. As TV critics for Tony Soprano’s hometown paper, New Jersey’s The Star-Ledger, Alan Sepinwall and Matt Zoller Seitz were among the first to write about the series before it became a cultural phenomenon.

To celebrate the 20th anniversary of the show’s debut, Sepinwall and Seitz have reunited to produce The Sopranos Sessions, a collection of recaps, conversations, and critical essays covering every episode. Featuring a series of new long-form interviews with series creator David Chase, as well as selections from the authors’ archival writing on the series, The Sopranos Sessions explores the show’s artistry, themes, and legacy, examining its portrayal of Italian Americans, its graphic depictions of violence, and its deep connections to other cinematic and television classics.

"This amazing book by Alan Sepinwall and Matt Zoller Seitz has bigger twists than anything I could ever come up with. Highly suggest you pick up a copy ASAP!"
creator of Mr. Robot, Sam Esmail —

Matt Zoller Seitz is the television critic for New York magazine and the editor in chief of RogerEbert.com. He is the author of Mad Men Carousel and The Wes Anderson Collection. He lives in Brooklyn. Alan Sepinwall is the chief television critic for Rolling Stone and the author of Breaking Bad 101. His thoughts on television have appeared in the New York Times, Time, and Variety. He lives in New Jersey. Laura Lippman, a New York Times bestselling novelist, has won every major mystery‑writing prize in the United States. She lives in Baltimore with her husband, David Simon.