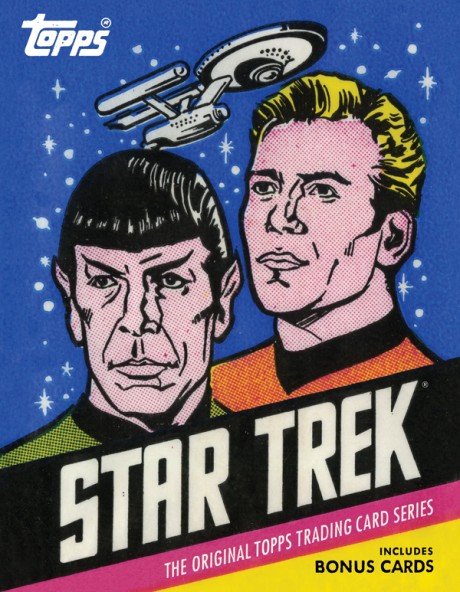 Ever since Star Trek first aired on television in 1966, the series has had a strong influence on pop culture. In 1976, due to the show's rising popularity in syndication, Topps released a series of collectible trading cards featuring full-color images from the classic television series created by Gene Roddenberry, as well as synopses and information on the cast and crew of the Starship Enterprise. This first-ever compilation includes the fronts and backs of all 88 cards and 22 rare and hard-to-find stickers (which were originally sold one per pack), as well as text and commentary by Star Trek insiders Paula M. Block and Terry J. Erdmann—guaranteed to please the die-hard Trekkie as well as a whole new generation of fans.

"If you're like me, most of those cards are long gone by now, so I've loved the hardcover books devoted to the company's various product lines." —USA Today's Pop Candy blog

Paula M. Block worked on the Star Trek franchise at Paramount Pictures and CBS for 19 years and, with motion picture publicist Terry J. Erdmann, has written numerous books including Star Trek: The Original Series 365, Star Trek: The Next Generation 365, and Star Trek 101. They live in Oregon. The Topps Company, Inc., founded in 1938, is the preeminent creator and brand marketer of sports cards, entertainment products, and distinctive confectionary.